Using a teenage group home as the backdrop, Short Term 12 dives into the lives of kids forced to live in temporary foster care. Grace (Brie Larson, The Spectacular Now) is a twenty-something supervisor at Short Term 12, the living facility. Her job of keeping order is more of a daily battle to protect the kids from each other and themselves. She loves her job, and she’s good at it; sometimes acting as a counselor, and sometimes a close friend. More importantly, Grace is able to relate to their pain. She struggles with deep-rooted issues in her own life that start to affect her job and relationships.

Mason (John Gallagher Jr., The Newsroom) is Grace’s loyal and loving boyfriend, who also happens to be a fellow supervisor at Short Term 12. In the first scenes they have alone together, we are able to see the fun and harmonious relationship they have, as well as the unspoken issues that keep them at a distance. Mason struggles to get inside Grace’s head, constantly wondering what’s going on that keeps her emotionally unavailable.

The writing and the performances are major standouts in this film. There are so many memorable scenes and moments. One of my favorite scenes is when Grace is cutting the hair of one of the older boys in the group home, and we see their reflection through a mirror. That scene had minimal dialogue, but was packed full of emotion. I felt every scene had a purpose, and every scene did an excellent job of bringing you into the world of the story. Equally praiseworthy are the performances in this film. Across the board, everyone in the film delivered with honesty and empathy. Brie Larson, appearing in two other films this season, is beginning to make a name for herself as the newest indie film queen. I could not write this review without praising Brie for her touching and believable performance in this film. She played an introvert that was extremely vulnerable, yet strong. Never bored with her silence, I felt every action and look that she gave was effective in telling her story.

Originally written as a short, Short Term 12 premiered at the 2013 South by Southwest Film Festival, and went on to win the Audience Award in the narrative feature category. I am crossing my fingers for this film to get some kind of recognition during awards season, as it is currently on the top of my list for this year’s films. My fear however, is that it will get drowned out by the larger studio films due to its smaller budget, lack of A-list actors, and more importantly the lack of marketing and publicity. Have you heard of this film, or heard anyone talking about it before this review? Please go see this film. I recommend it to anyone, but in particular to the young filmmakers out there, you will be reminded that it is all about the story. 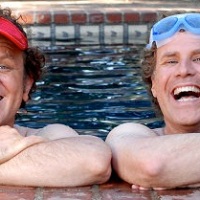 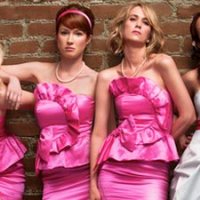